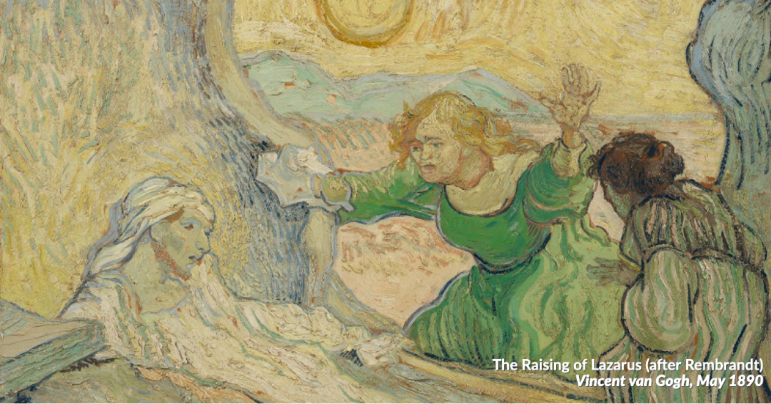 When Jesus arrived, he found that Lazarus had already been in the tomb four days. Now Bethany was near Jerusalem, some two miles away, and many of the Jews had come to Martha and Mary to console them about their brother. When Martha heard that Jesus was coming, she went and met him, while Mary stayed at home. Martha said to Jesus, “Lord, if you had been here, my brother would not have died. But even now I know that God will give you whatever you ask of him.” Jesus said to her, “Your brother will rise again.” Martha said to him, “I know that he will rise again in the resurrection on the last day.” Jesus said to her, “I am the resurrection and the life. Those who believe in me, even though they die, will live, and everyone who lives and believes in me will never die. Do you believe this?” She said to him, “Yes, Lord, I believe that you are the Messiah, the Son of God, the one coming into the world.”    –John 11.17-27

This passage begins with us being told “Now a certain man was ill, Lazarus of Bethany.” Illness is something we’re all too familiar with these days; but we’re also told who Lazarus’ family was, about his sisters Mary and Martha.  We’re told where he came from, Bethany.  We’re told why all these details are important, because they’re about human life.  While we remain separated, we’re still people with lives who find relationships important and sustaining in the midst of loss and fear.

Join us Sunday at 6 pm on Zoom (http://bit.ly/TCZoom) to gather with others who know loss and fear but also look to Jesus to be with us as we’re with one another. Download the bulletin here.

What are you looking for?